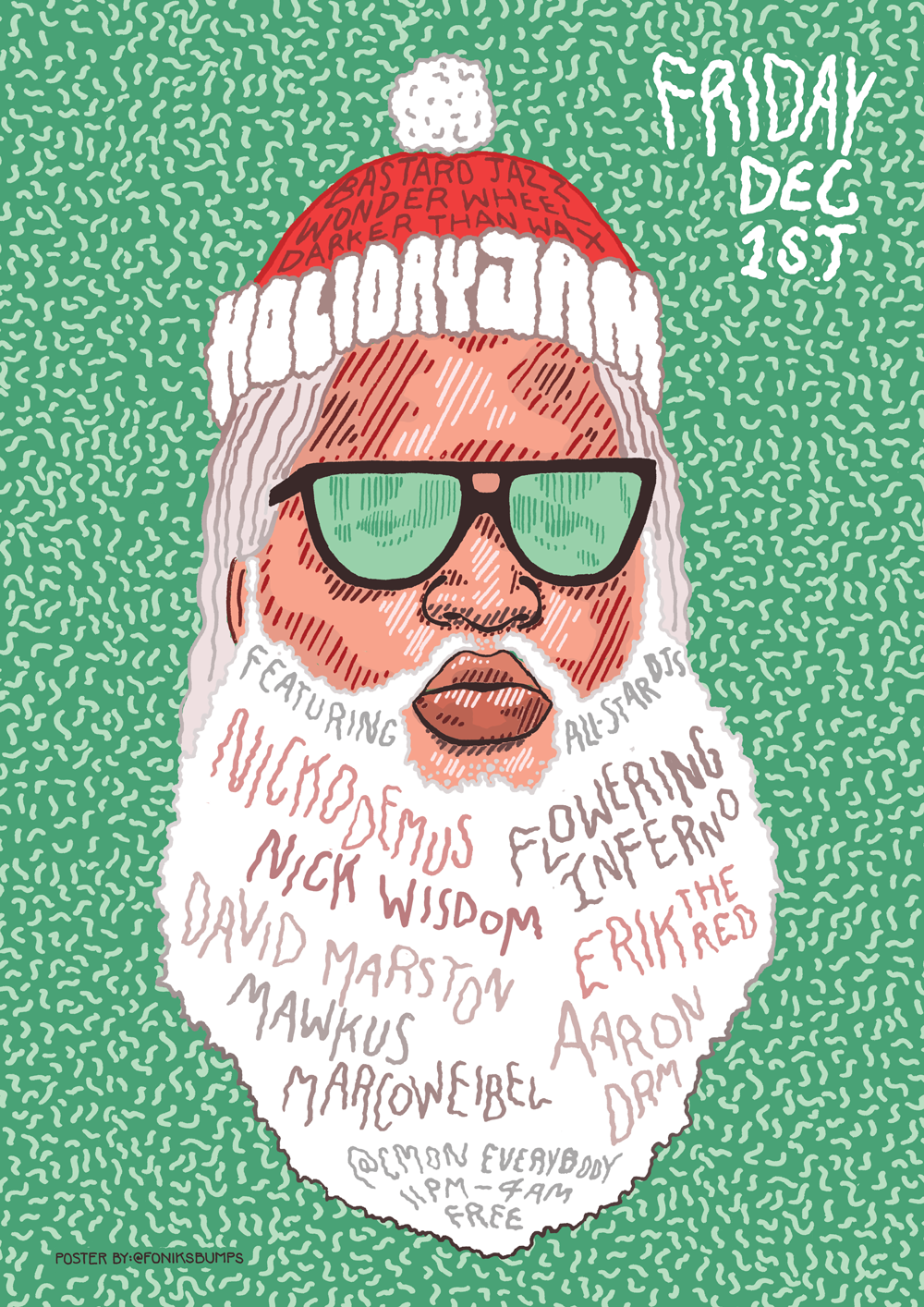 It's been a very hot minute since posting anything, so getting back into the habit. Here's a holiday poster from a couple years ago that I made for a record label in New York that I work with sometimes called Bastard Jazz. There wasn't any concept when they approached me, just purely something that gave off 'the holiday vibe' without being cheesy.

The deadline was tight so I went with a fairly simple solution of doing a fun, slightly non-traditional drawing of the jolly man kids believe in, with a pattern in the back instead of a gradient or solid color. First I drew the face, using different colored markers for anything that I wanted to be a different color in Photoshop (which sped the entire process up as well). Then I drew a few different ideas for the background pattern, and after settling on one, I repeated it in PS enough times to fill out a poster size. After that I drew all the text into the cap and beard and edited size and positions in PS.

I like experimenting with info by putting it into the actual art itself sometimes, versus having it as a separate element that is formatted to work within the overall design, so the cap and beard became the containers for most of the text. To switch things up from basic color fills, I decided to use lines for the shading on the drawing. Making small decisions like these, even if I want to adjust them in hindsight, allow me to keep designs fresh and interesting, especially when there isn't much turnaround time.