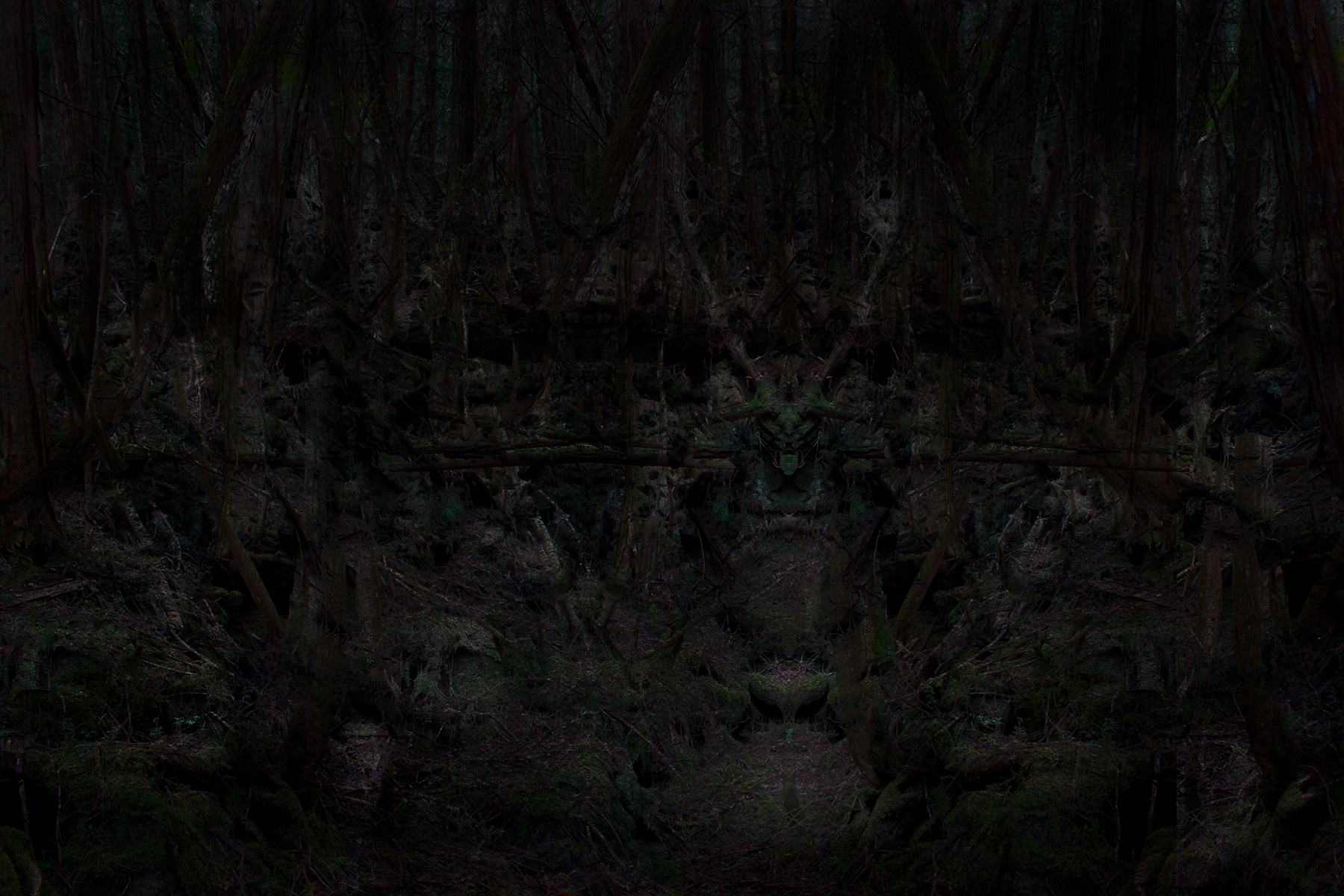 I wanted to search for the spirits of Aokigahara, to capture what gave rise to the feeling of unease that seemed to inhabit the place.

My original photos capture what looks like a kind of post-disaster chaos in a tangle of branches and leaves, or a mossy, silent shadowy undergrowth of roots and rocks. But although visually clear, they weren’t infused with any sense of menace or darkness.

Constructing images with my photographs in Photoshop, I found unpredictable results which seemed messy, scattering attention, disorienting, and which also generated mismatched and ugly shapes and forms.

By darkening the images even more, the rotting vegetation and mossy layers merged into a dense, organic, impenetrable mess filled with dark shadows, from which hazy glimpses of faces emerge momentarily and then disappear again into the darkness.

These images for me capture a vivid and thick, moist landscape hovering between life and death, of vegetation feeding on decay - felt in one way as inviting, tranquil, peaceful, soft. But simultaneously dark, heavy, inescapable. Imbued with an inevitable creeping finality.

Come, Dream - a tempting invitation to lie in the soft cocoon of moss and decaying leaves, but with the sense of a dark presence, a quiet space but one inhabited with whispering and gazing faces within the shadows.