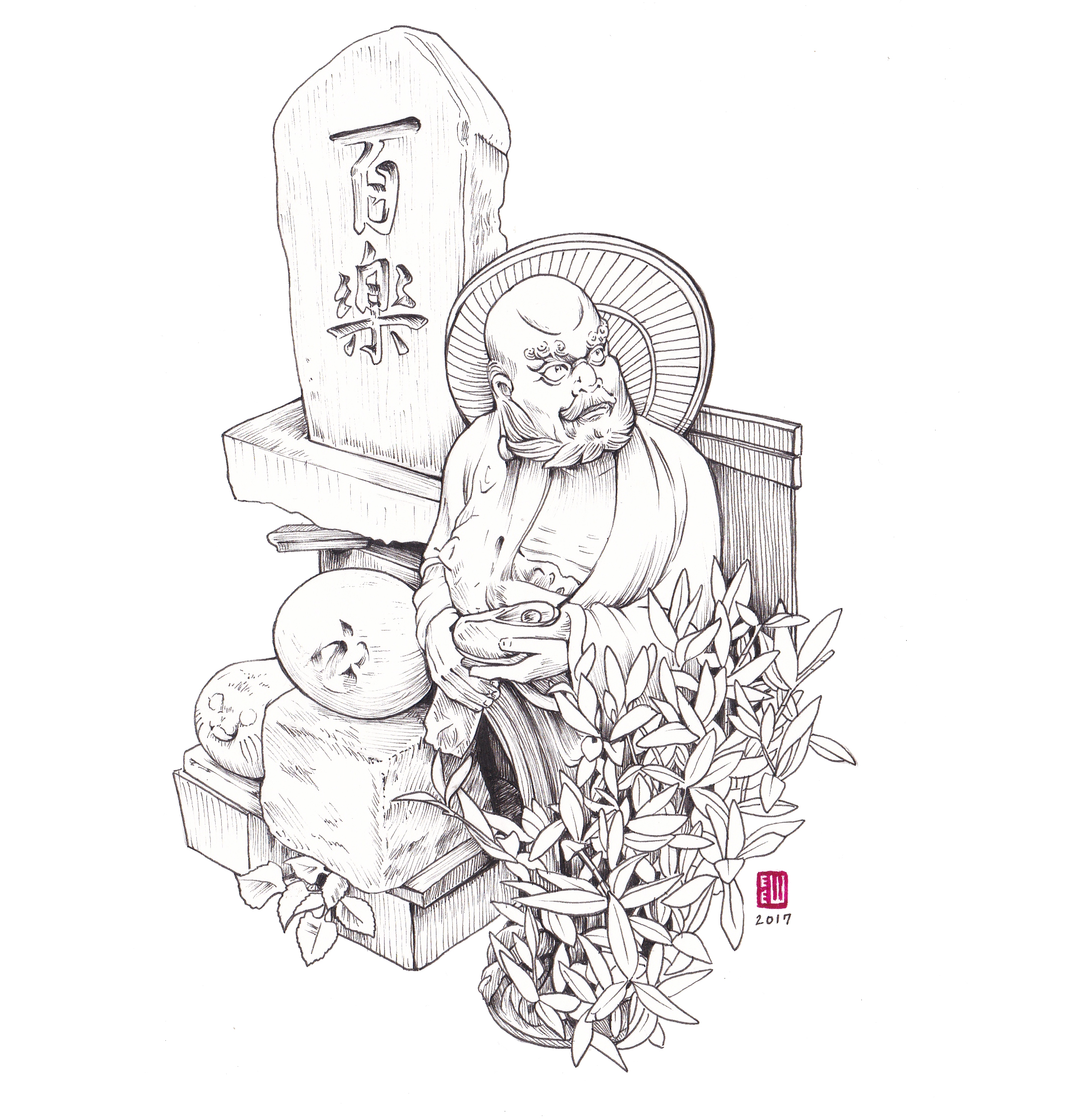 Outside the oldest house in the neighborhood stands a stone statue of Daruma.

The house must be the residence of the stonecutter, as his handiwork guards not only both sides of the door, but also under the windows, and continues to march in a frozen processional to wrap around the side of the building. Each stage of existence in the range between "stone" and "statue" stand there untouched: from a poised Inari fox, to the face of the Kannon emerging from a surface of an otherwise shapeless rock, and lastly the smooth sides of a cube of granite forever uncarved. It's almost as if the stonecutter was aiming to carve continuum itself. One day, realizing his work was done, he then put aside his chisel and returned to the dimly lit sitting room of his old house with a peaceful satisfaction.

Though an amber light glows from somewhere beyond the wood slats on the windows at night, I have yet to see or hear any sign of the inhabitants.

My curiosity would have waned much sooner if it hadn't been for the Daruma. The beautiful lines, unmatched expression and stance-- I say to myself it's truly the work of a genius. There Daruma holds his sandal and gazes with such purpose and earnesty out over the half-carved headstones and grinning tanunki that I can't help but take notice each time I pass. I wonder if he's still pondering the same heavy questions of spiritual burden today, I'll think carrying my grocery bags and rounding the corner.

His expression is, of course, unchanged, as is everything else about the house: Perfect and unaffected by the passage of time. 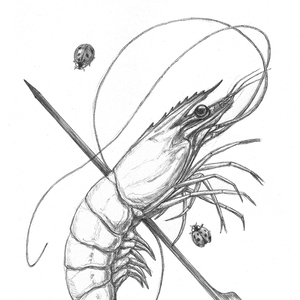 Pen and watercolor illustrator from the redwood forests of California now exploring the cement forest of Tokyo. Forever inspired by Japan.