ideGroup have been involved with Atomo Diagnostics since its conception and I had the privilege of working on their design team for 18 months. Atomo were awarded grants from the New South Wales Medical Device Fund, and the Bill & Melinda Gates Foundation for the development of their self-test for rapid detection of HIV. We developed a fully integrated, all-in-one easy to use test device that includes an in-built digital reader for use in the privacy of your home.

As part of the self test design team, I worked on the design and development of the concept, taking input from local HIV advocacy groups, clinical experts and user groups to optimise the design for self-testing. I facilitated several usability evaluations as part of the iterative design process. It was very exciting to be part of this project and anticipate the impact it can have on communities around the world.

Version 1.0 (below) was originally designed and approved for professional use. While the self test device was in development we also developed a set of self-test instructions that would allow Atomo to sell the approved v1 device to self test users. This involved the creation of the instruction graphics as well as developing clear, user friendly copy. Several rounds of user testing and formative studies enabled us to iterate on the IFU design in order to come to a user friendly and failsafe result.

Version 1.0 is currently being distributed in South Africa through http://hivselftesting.co.za/. The same platform has recently been approved in Australia as a Covid-19 test. 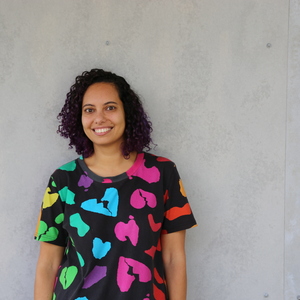