Journey to the End of the Night is an city-wide game of chase that began in San Francisco about 10 years ago and has spread to 25 cities around the world. It is kind of like a cross between a giant game of tag, and a scavenger hunt. Players must evade chasers while completing challenges at 5 or 6 checkpoints around the city. If caught, players become chasers themselves and as the night goes on it becomes harder and harder to survive the game. Players must complete all challenges at the checkpoints in order to accomplish some goal. The game is free, but we ask for donations to offset the cost of organizing it.

In July 2015 I found some friends who were interested in helping me to bring the game to Tokyo, and over time others have joined our team via meetup, couchsurfing, reddit and word of mouth. Since then we've put on the game twice, once with a Salaryman theme, and once with a Heroes and villains theme. We are currently planning Tokyo's third Journey to the End of the Night with a Space exploration theme on October 22, 2016. My role is one similar to that of a producer, and for our third Journey I am sharing this role with Emi Do and Yoji Stephan Sasaki (also the creator of the image in this post, which is for the upcoming Journey).

We typically spend 3-4 months planning the game, and the group consists of 20-25 people, some working on game day activity plans, some designing our webpage at toky0.org, some designing promotional materials, and the map used for play. We are a group of dedicated volunteers who simply want to create a fun collaborative experience with players exploring the city.

You can learn more about Tokyo's Journey to the End of the Night at toky0.org and you can learn about Journey in other cities at ichaseyou.org 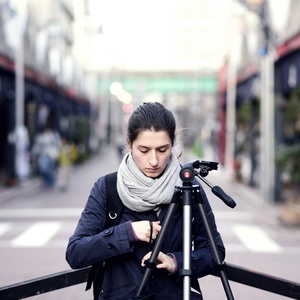 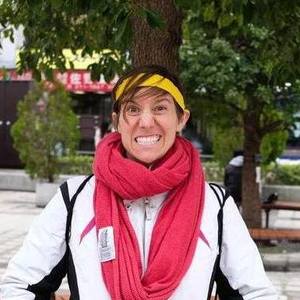 I'm an entrepreneur in Tokyo, Japan

I organize a storytelling event called Apocrypha and a giant city-wide creative chase game called Journey to the End of the Night.