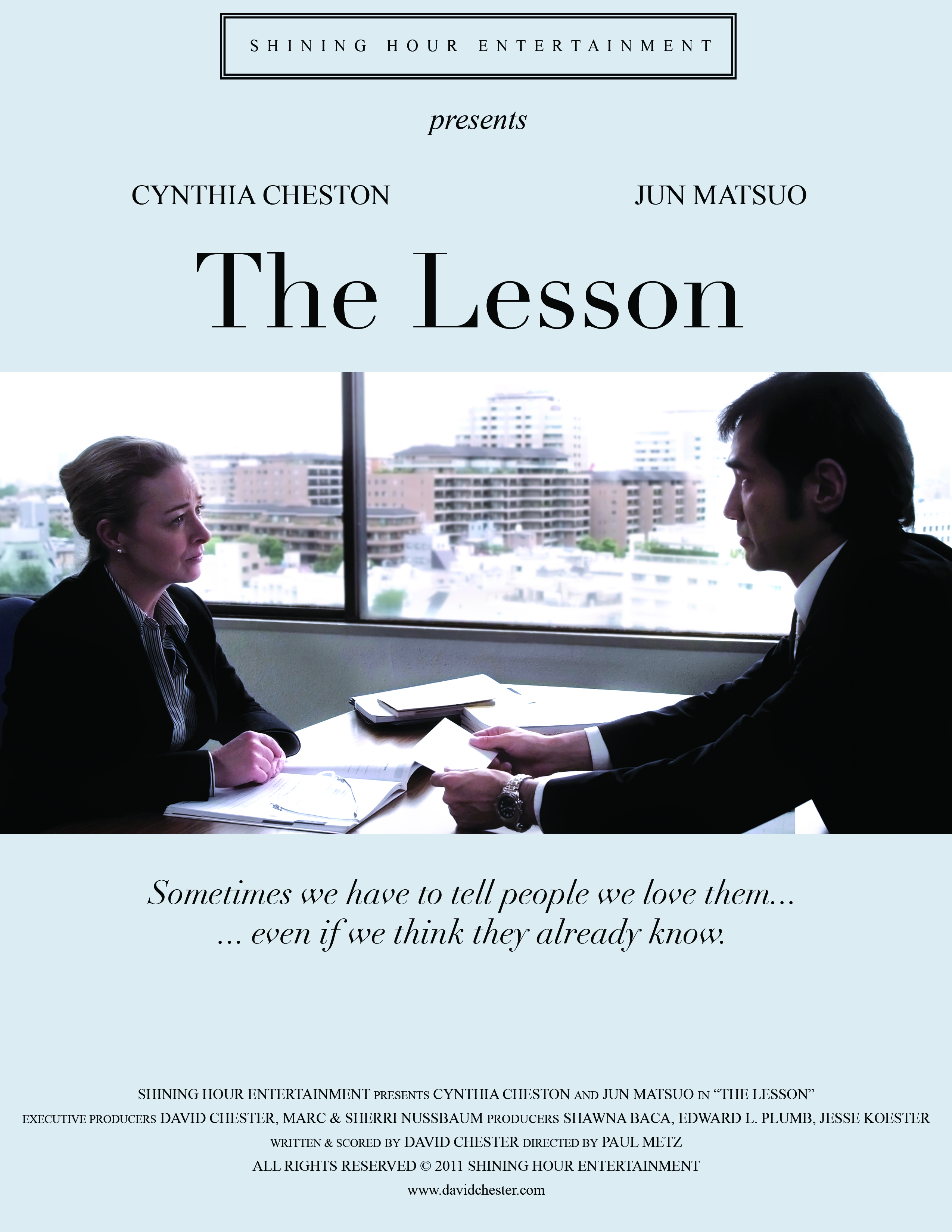 "The Lesson" is a short dramatic film I wrote, produced, scored and co-directed. It was based on an experience I had meeting a foreign woman who had taught English in Japan to businessmen and had, to put it politely, stayed too long at the fair.

The film was cast and shot in Tokyo. It has traveled around the world via film festivals and won the top prize at the 2013 Tokyo LGBT Film Festival and the 2012 Torino GLBT Film Festival.

There were a long list of editing and sound problems that had to be overcome, to the point where I was almost ready to throw the project out, but based on the encouragement of my harshest critic, who said the film was extremely moving and needed to be seen, I somehow came up with finishing funds on my own, and now I'm glad to say the film has traveled more places in the world than I have.

This sounds interesting, David. How can I watch it?

Bringing creative visions to life via screenwriting, filmmaking and songwriting.