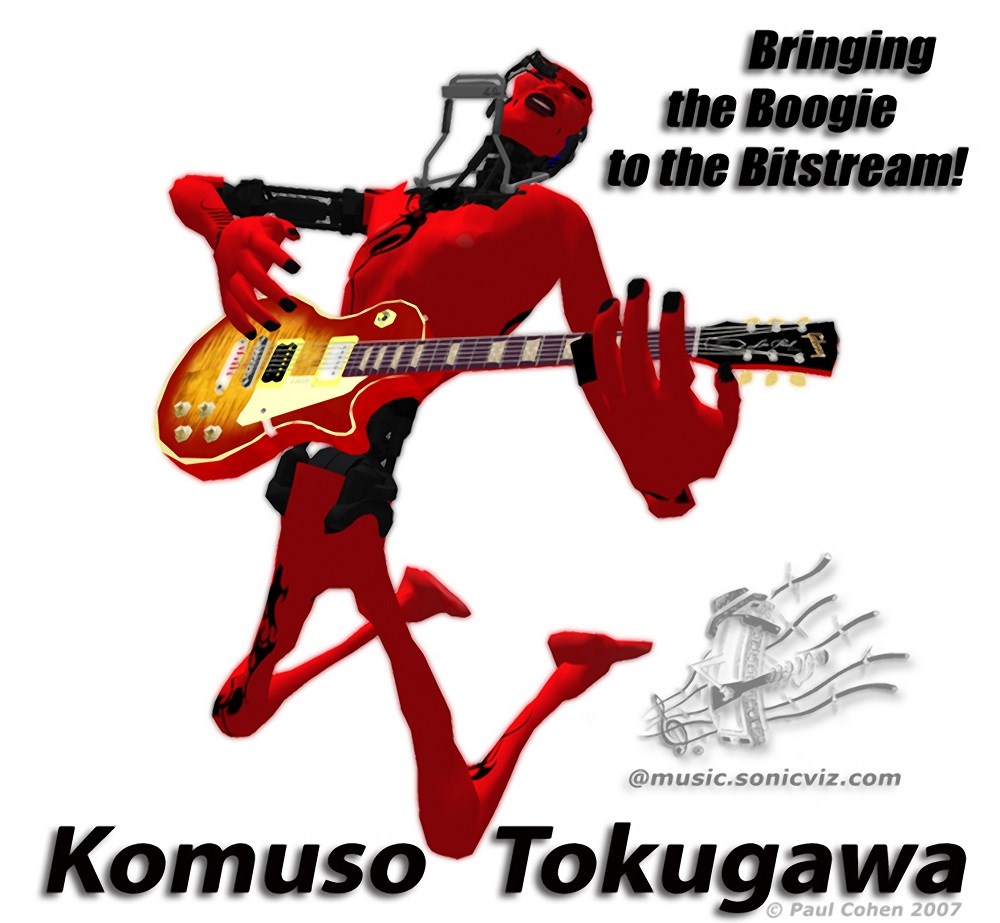 Komuso Tokugawa is a virtual performance character I created in 2005 for the online virtual world SecondLife.
I originally started using SL in 2006 to practice for real life gigs with a blues trio I had in Tokyo, but soon dropped the live gigs in favor of virtual performance. The golden period for SL live music was 2007-2010.
Komuso still performs once or twice a week in SL.

Where did the name come from?
In 2005 when you registered SL just gave you a list of last names and you could only customize the first name. I was learning Shakuhachi at the time, and Tokugawa caught my eye as it was the main era of the Komuso - the mendicant shakuhachi playing monks who played by the bedsides of the dying , among other things.

So Komuso was born into the virtual realms.

He's played many streaming live performances, as well as pioneering in SL collaborative live jams between musicians on different continents in addition to early experiments in ticketed live virtual events.

Among the Clouds
Another chapter in my ongoing project to learn more about...
Little Bossa Man
Live improvisation recording 20180113 @ DrJohns in Second...
Unnamed Work In Progress
Working on a new groove and chord sequence Testing some...
See full profile