Remote work. Is it really the future?

I was just re-reading the amazing article about the early days of Medium on Teehan+Lax's site:

I identified with a lot of what they say, but in particular this passage:

"Working on a product at a distance is hard.

We really struggled when we left to come home for a couple weeks away from the broader team. Even though we were connected digitally, nothing could replace the close proximity and face-to-face communication we had when we were in San Francisco. Our weeks in Toronto, were without exception, less productive than those in SF. We looked to technology to bridge the gap, using Google Hangouts, Campfire chats, Anybot and the usual means like emails and phone calls.

Maybe we were doing it wrong, but I just can’t imagine working at a distance ever being nearly as good as work side-by-side—Especially when working on a version 1."

This is something I feel pretty strongly strongly about, even with the current industry trend towards supporting remote work. Especially in our specific line of work, which is mostly early stage digital products. I often wonder that "maybe we're doing it wrong" too, but I just don't think that creative collaboration can be as effective if you're not in the same room.

Remote working allows greater freedom to work from anywhere, and who wouldn't want more freedom? I've also read about it's suitability for highly process-based work. However is it really better from a product point of view for highly creative endeavours? Finally, can a team that rarely sits in the same room together truly be as cohesive and fun to work in as a team that works and eats lunch together? Would love to hear others' thoughts and experiences. 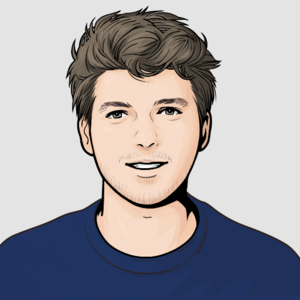 It's a good discussion to have. I think remote gives people a lot of opportunities but you have to be realistic about the downsides as well.

I've read a good counter against the "remote dream" here on Medium: https://medium.com/digital-nomad-stories/working-remotely-isn-t-always-a-dream-151619ae45dc

With Mono we are mostly remote as well, I have penned my opinion here: http://mono.company/journal/mono-design/mono-is-a-remote-team/

Paul that's good stuff! Thanks for the link.