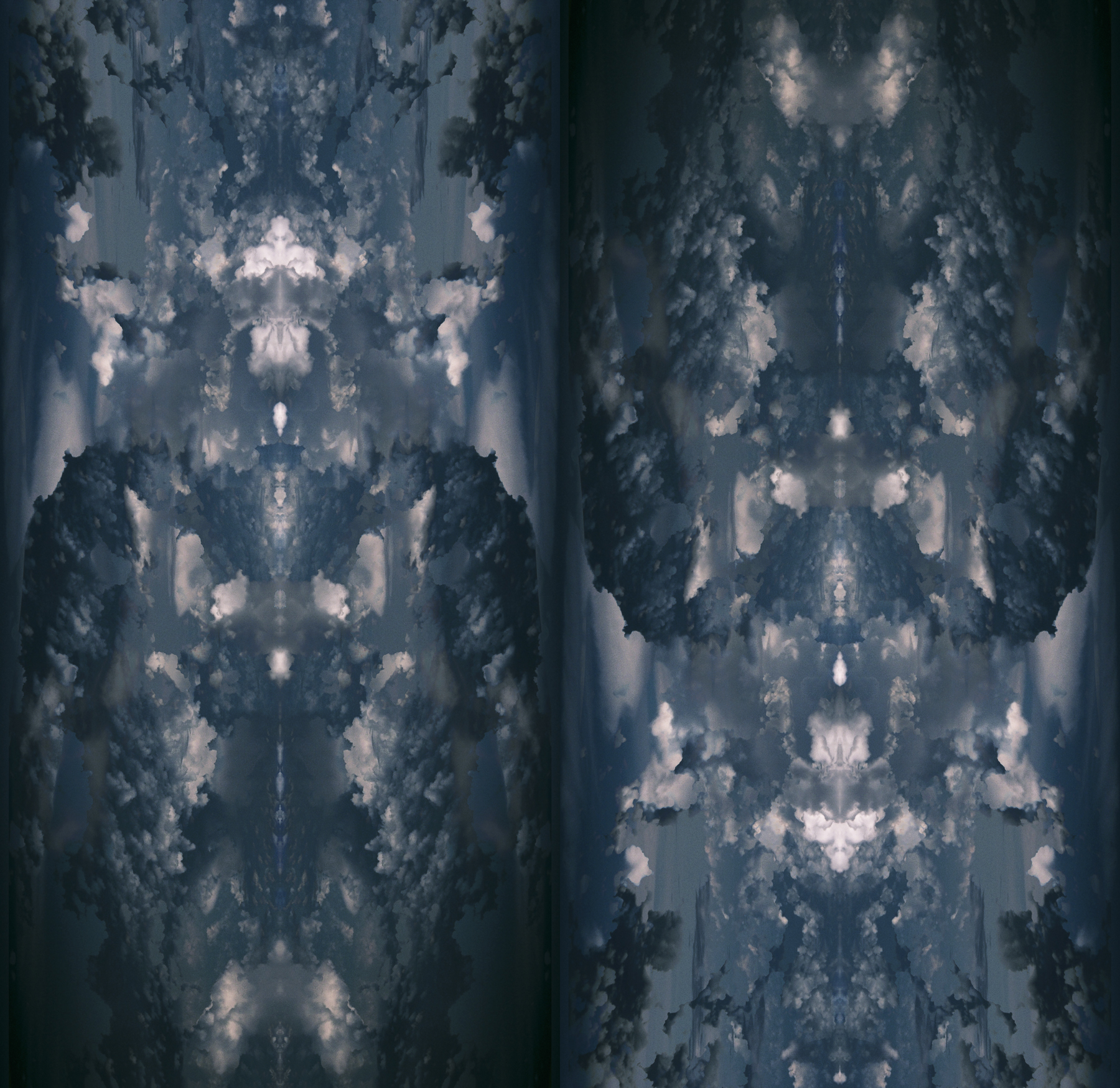 I have been photographing clouds from the window seats of planes since 1993. In fact an early series of these taken in 1995 formed the main body of my portfolio for many years. My archive of cloud photographs now numbers in the thousands.

As I reflected various photographs in Photoshop I discovered the appearance of a vaguely humanoid form in one. Having reflected and retouched it, adding many new layers, I couldn’t decide which orientation to work with. Both orientations worked well, but with very different main features and feelings. I decided to pair the image and its inverted form next to each other, giving it a dual title. Thus began the series.

As I worked on more images this way, I realized I had found a rich source of figurative forms. Rather than working to reveal the specific “spirits” of a particular location (as I was doing with other series of images), my aim here was simply to uncover more and more of them and to explore the concept of contrasting pairs of inverted ambiguous images.

I particularly liked how the occasional appearance of a near-photographic “portrait” would appear from within an image despite being made of nothing more than a fragment of a photo of a cloudscape lit in a certain way and captured completely unintentionally. Accidental serendipity.

"Warriors and Gods" initially appears to be a Rorschach-like abstract, but on closer viewing reveals many intermingled entities at various scales.

The images of this series became progressively more complex and multilayered, and most still remain unfinished.