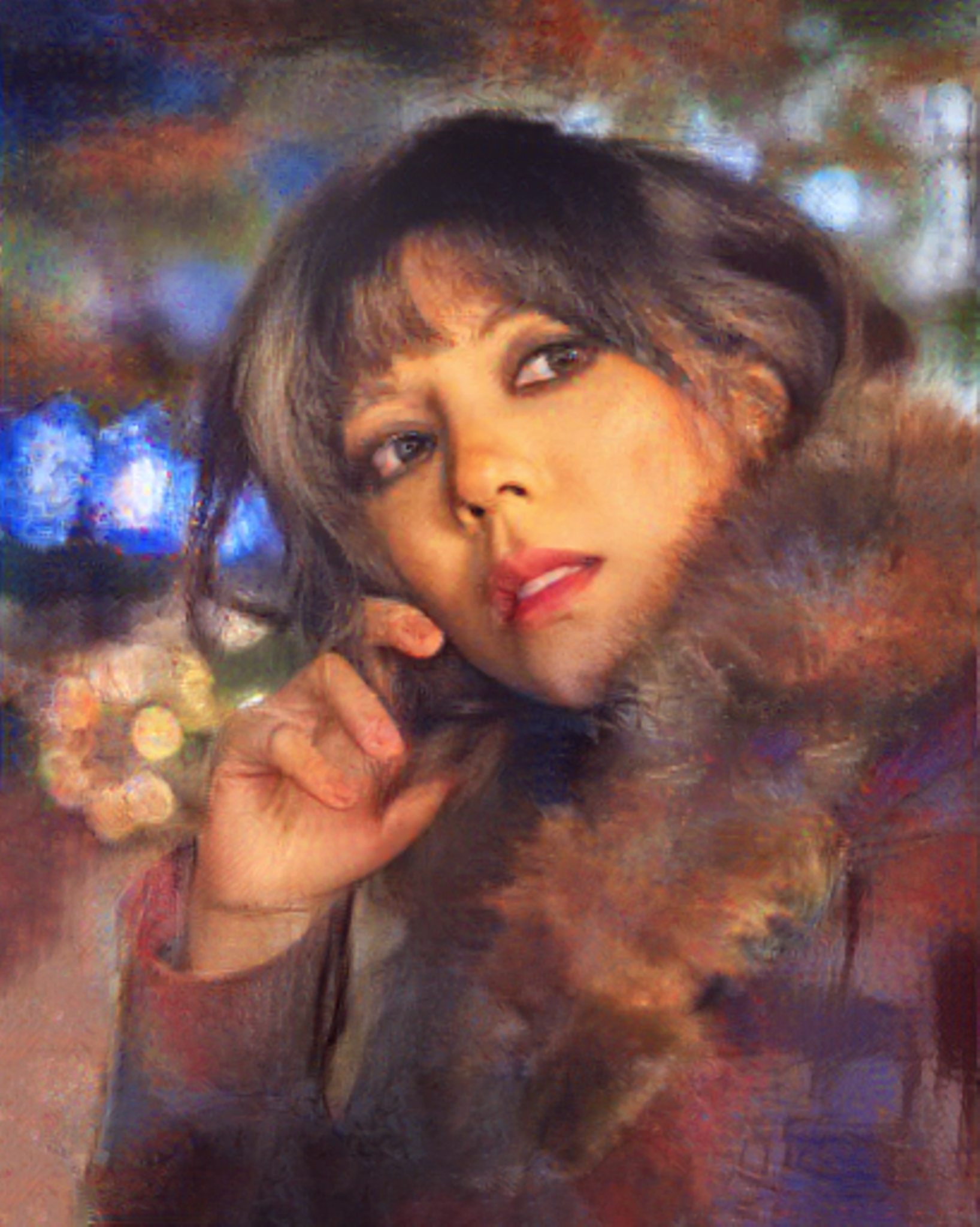 I contacted Juri after seeing posts of one of her photoshoots on Instagram. I was especially struck by how her eyes pierced through the lens, and wanted to see if I could capture that impression myself. We planned our photoshoot for Mori Garden in Roppongi Hills, which had been brightly lit for the holidays. Since I pack light, I used these illuminations for both scenery and lighting, and eventually managed to capture Juri in this pose.

I don't quite have an established method for choosing which paintings to combine with my photos. I often start by choosing an artist I like - for example, after visiting Hiroshima's Museum of Art a few weeks ago, I fell in love with the impressionist Odilon Redon's magical paintings, and have since been using his work for style transfer. Once I have found a source I like, the next step is mostly trial and error - the algorithm for combining two images depends on a number of parameters that I, the user, am free to manipulate. For this work, I gave the style source, Redon's "Flower Clouds," less influence than usual so that I might retain more of Juri's physical features. I produce a few different versions - each the result of a slightly different set of parameters - and layer them atop one another on Photoshop, where I do my post-processing. I pick out details I like from each layer, occasionally borrowing from the original photo as well, and through a series of masks come up with a composite that, to me, is the sum of the best parts. I use a spot healing brush to remove some artifacts of the style transfer process, and, after some playing around with color filters and saturation, export the work for resizing.

I was especially thrilled about this result because it reminds me of an old film poster. The newly added colors and textures, combined with Juri's fur scarf and curious expression out of frame, give off a noir-ish impression, as if to say that there is more to this woman than meets the eye. 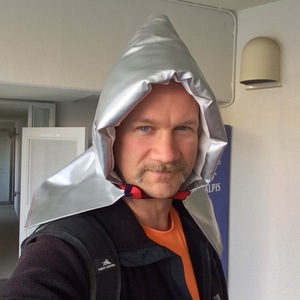 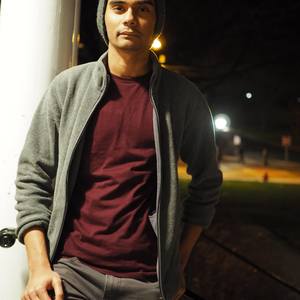 I combine my photos with paintings using machine learning to create new works of art!