We rarely see 16mm being used these days due to the practicality of digital technology. Video technology is getting better and better, but we shouldn't forget how powerful the film medium is, and how much it can teach us about filmmaking.

'The New Rule' was my first ever project on 16mm. Every aspect from pre-production to post production was covered by myself, But the actors in the film were my usual crew. Having a good crew around kept us in high spirits even when we were outside at 3AM in the pouring rain.

I set out to create an authentic looking movie trailer so I could test the limits of what I could achieve on a micro budget. Filming 'The New Rule' taught me how to be a decisive director, and shoot with confidence. I rarely shot more than two takes for each shot because with film, you don't have the time or money to make mistakes. Another challenge was creating a world that does not exist without the use of CGI. Using editing and minor visual effects, I was able to create the sense of something bigger besides what you were actually seeing. I am rather proud with how it came out and filming it was one of the most fun shoots I've ever done. I have many anecdotes about when we filmed it but I'd rather save them and tell you in person : D

Shot on Kodak vision 3 with a krasnogorsk 3

If you are interested in making a short film, music video, or are just looking for someone for editing or effects, Please to not hesitate to contact me. Thanks for checking out my work! 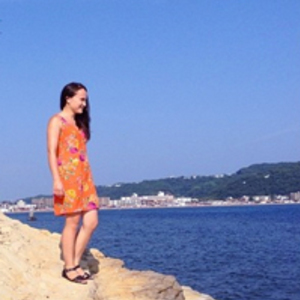 This is amazing, Thomas! Super cool! The locations looks so atmospheric... Where was this shot?

Most of it was shot in central Manchester. A lot of the time if I would of panned slightly to the left or right, it would just of looked like a regular city : D I guess Manchester architecture really helps though.

Well, that says a lot about your ability to use locations and composition, then! :)

I am a freelance filmmaker & video editor based in Tokyo. I enjoy making great work with great people!