Here's a small experimental video project I have been working on for sometime.

I wanted to create a line of moving postcards that will bring the viewer through out the Odakyu Line. This line goes trough the outskirts of Tokyo, and made me discover the country side of Japan.

By shooting directly in a vertical manner, I create a window on a single action, yet nothing really happens in the videos - except the wind blowing on the grass.

PostCards is visual poem, an informal bridge between Video Art & Cinematography. This project won't be finish until I make a portrait of each station on the local road of the Odakyu Line. This project is a mean to create a new & honorable view on vertical videos - which are usually mocked and depicted as amateur & useless.

The white border, and the fading font bring to each piece a sensation of time passing by, but also an old feeling of print. The white border is a clin d'oeil to the original format, which uses the border as a smaller window onto a painting/photograph, a world far from where we live.

Each postcards is a small window on the relationship between the railway system in Japan, the cities that emerge from it, and the nature around it. The videos are not scripted, the camera is set on a point, and collects visual memories of the time, which are edited post-shooting.

If you have any questions, please let me know.
Best,
H. 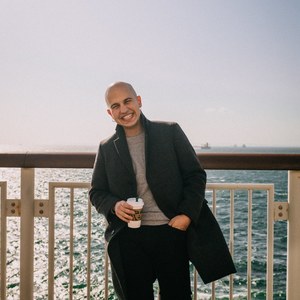